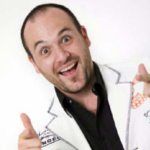 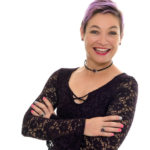 Shaza Musician is a talented vocalist, guitarist, DJ and entertainer who delights in performing her own original interpretations of songs selected from a wide range of musical genres and eras, from Elvis Presley and Sarah Brightman through to The Lumineers and Rihanna.  Shaza is highly recommended due to her versatility in vocal presentation which makes her the perfect choice for any corporate event, private party, wedding or special event.

In 2013, Shaza won the Garden Route Casino Idols and in 2017 she took part in “The Voice South Africa”. She was chosen as part of the top 100 vocalists in South Africa. Shaza also took part in the television series “Showville” aired on SABC 2 where she earned second place. She has had the privilege to be an opening act for the following bands: Watershed, Prime Circle, ADAM and Francois Van Coke.

Shaza released her first single called Obsession on 28 June 2019. It is currently on the SFM top 30 and available on all online digital platforms.