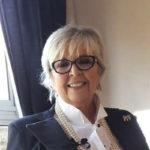 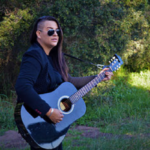 Put the FUN in your Function with Motivational Comedian Roland Gaspar! Why? Because he’s professional, recognisable, experienced and funny! He can present everything from pure MC-ing, Stand-up Comedy, Keynote Conference Speeches to Motivationals with both content and humour. He also loves customising performances to link with event themes and corporate messaging.

Roland is the popular Afternoon Drive Show presenter on Algoa FM and has appeared in on TV ads as the “Makro Man” living in store, the MiWay Insurance guy, the hapless General Motors saleman who called his wife “Isuzu” instead of Suzy and many other characters including the spandex-clad Handy-Andy Aerobics instructor. Speaking of spandex, he was also the ring announcer and presenter of SABC2’s Wrestling series “WWP Thunderstrike”.

His screen appearances include “7de Laan”, the Mnet EDIT short film “Andre Metstrepie”, the Afrikaans feature “Superhelde”, lead role in the independent action movie “Slambang” and even a scene which was cut from the final edit of Sci-Fi blockbuster “District 9”!

His presentations have been well received by top companies in all sectors of the economy, from banking and communications all the way across to retail, construction and even the military! He is an effective communicator and specialist compére, having hosted/trained/presented at a wide range of events from charity and corporate functions to conferences and beauty pageants.