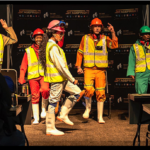 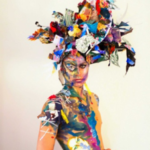 The Human Canvas
February 13, 2019 by Boost Creative in News

Lindsay Ziehl is a qualified Therapist majoring in Trauma Therapy. She counselled and assisted victims with Protection Orders, hospital visits, court dates, did referrals for psychiatric evaluations and generated reports for Court Cases where women and children had been sexually violated.

She was recently the Manager of a shelter in Port Elizabeth, Eastern Cape, South Africa dedicated to women and their children affected by Domestic Violence where she worked closely with family violence victims for 16 years in a country burdened by a very high rate of violence of this nature. She remains a passionate advocate for the rights of women and children.

In her designation as Manager of The Haven, Ms Ziehl’s formal portfolio included Public Relations and Marketing for the organisation,  counsellor running for the shelter, and fundraising. She was co-founder of the Port Elizabeth lobby for change charged with the responsibility of, within South Africa, fully supporting the passing of the DNA laws, and presently lobbying to make the Sexual Offenders Register and Violent Offender Register available to the public, respectively. The relevant DNA law was passed in South Africa in 2014.

She has in addition written numerous articles on Family Violence-related issues and is a dynamic, well-known and well-loved public speaker in South Africa, and was invited to share her experiences and knowledge with the Australian Government as well as meeting with the head of family violence for the UK in London, and has been invited back in the future.

Lindsay’s years of experience in public speaking and training has provided many large and small companies, in and around Port Elizabeth, an insight into the very complex area of GBV (Gender Based Violence).
Her experience in GBV has made her somewhat an expert in her field as a public speaker, as well as a trainer.

Lindsay has been recognised for her work with women and children on many occasions, having received the following awards: