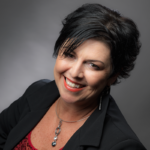 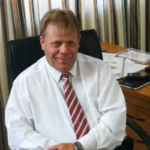 Born in Belgium with a childhood dream to become a ‘flying doctor in Africa’ Dr Janin Vansteenkiste completed her Masters Degree in Europe focusing on humanising hospital care, and became a medical sociology lecturer.

After completing her PhD she flew to South Africa in the 80s – indeed she became a “flying doctor”!

While working at UNISA, Dr Janin took a keen interest in politics and helped to build bridges between JHB and Soweto.

At age 36 Janin became a student again in the UK where she specialised in organisational and personal development.

Back she went to Belgium where she opened her first consultancy which she named ‘Avalon’. It became a magnet for people searching the next step in their lives and careers.

But SA was her destiny. Back the doctor flew – his time to PE!

After a stint at UPE, she started all over again with her second practice, as Biographical and Motivational Consultant.

Dr Janin believes that the positive is stronger than the negative. That darkness is lifted by the smallest glimpse of light.

Author of two inspirational books and consultant to top SA companies, Dr Janin is an energetic and engaging speaker who leaves her audience uplifted and looking forward to the future.